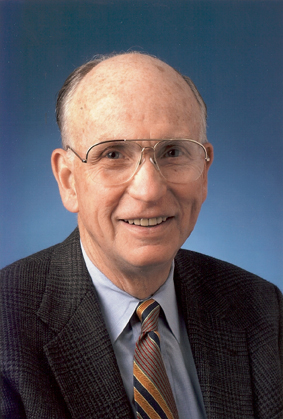 Bill was a Trustee of the Frederic Remington Art Museum, as well as a member of the museum’s International Advisory Board at the time of his death, April 18, 2013.  He was generous with his time, talent and resources. To our surprise, Bill left the museum half of his IRA. This gift has benefited the museum’s endowment, which will sustain the museum over time.  Additionally, he left an endowment with the Central New York Community Foundation, which will generate an annual gift to the museum in perpetuity.  Bill also donated his Remington book collection for resale in the museum shop.

Bill, like Frederic Remington loved both horses and canoeing.  Bill’s connections with the Remington Museum began decades ago, when he would deliberately drive through Ogdensburg on his way between his family’s Michigan horse farm and Albany Medical Center so he could visit the Remington art that he loved.  In recent years, it was a joy to look at Remington’s art with Bill, to hear his characterizations of each Remington horse. We can’t think of a better way to honor Bill’s memory than to name the museum’s legacy society after him.

Bill set an inspiring example. The good news is that you can be a part of the William R. Clark Legacy Society in your own way. All you need to do is make arrangements in your will, or name the museum as a beneficiary with your investment firm, retirement account, or life insurance policy and let us know that you’ve done it.  Arranging a planned gift of original art by Frederic Remington will also add your name to the William R. Clark Legacy Society’s rolls.

For two years, ending December, 2015, new members of the William R. Clark Legacy Society will be known as Charter Members, and will receive special recognition and enjoy special events. There are three members so far. Won’t you join us?